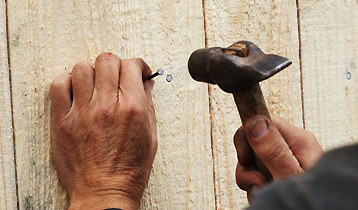 Handyman Wimbledon; Nick started his career with the construction heavyweight WATES and was involved in a variety of projects from house building to the restoration of listed buildings. He has also been part of the team of experts on several daytime TV DIY shows and has created bespoke joinery items for other iconic shows.

Handyman Wimbledon; Norman gained his experience with Henry Boot Ltd who have been providing design and build services to commercial and industrial sectors for over 125 years. His wealth of experience led him to work with established builders and landlords with large property portfolios in London, providing them with top quality craftsmanship.

Wimbledon Handyman offer a key holding facility for landlords, trusting us to carry out repairs and improvements, saving the landlords traveling time and wasted time at their properties.

What We Offer at Handyman Wimbledon

9 reasons to use Handyman Wimbledon